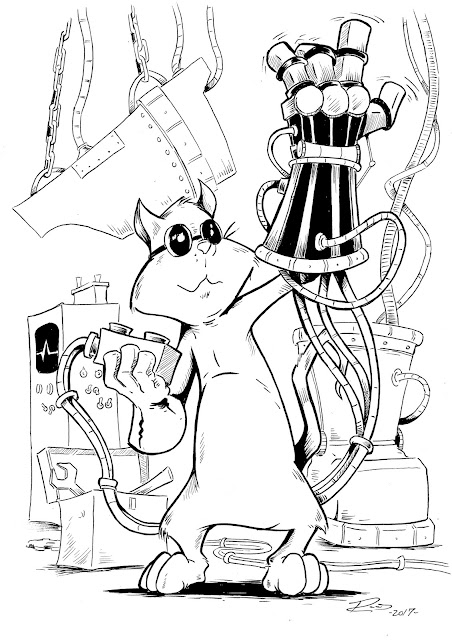 Last year, I drew a really fun little comic called REXTINCTION about an inventor cat who fought a T-Rex with a mech suit he'd built... since then, I've kicked around a few different ideas for new comics for this cat without a name (I've been going with "Professor Whiskers"), but so far nothing's stuck that wouldn't just be a replay of the original simple idea.  Still, I do enjoy drawing him and his inventions, so I did a finished piece of him just for kicks this week... I'll likely have more coming in the future as this is a really good way for me to unwind and just draw something fun for myself.
Posted by Phil Rood at 3:23 PM

Professor Whiskers is just perfect as he himself is an inventor and like you, I am sure he loves to invent unique things. The robot paw could be a little different with more fingers. 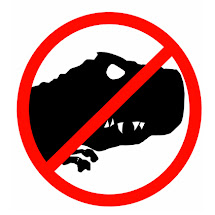